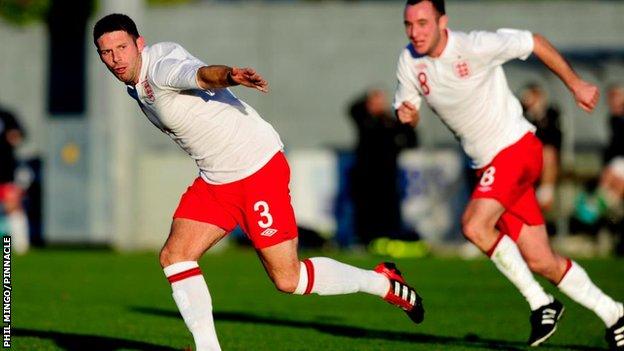 Jersey tasted defeat in their first match representing England, losing 2-1 to the Republic of Ireland in the amateur international friendly in Dublin.

Jack Cannon's free-kick just before half-time gave England hope but there were no further goals after the break.

"I'm really pleased with the performance of the lads," said Jersey and England boss Craig Culkin.

"I think in the second half we were by far the better team and maybe a bit unfortunate we didn't get the draw which I felt we deserved."

The Jersey Football Combination - the island's league system - was playing as England after in April.

They were using the friendly as part of preparations for the Uefa Regions Cup in San Marino next year.