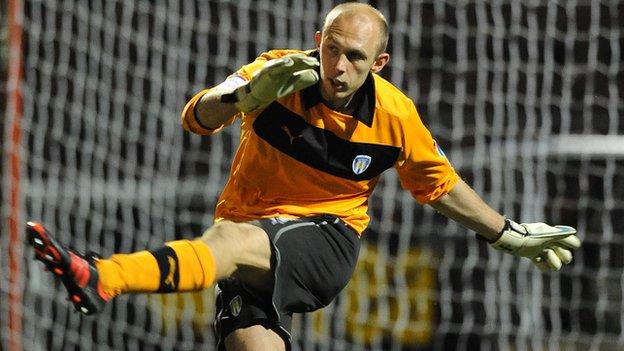 Colchester United goalkeeper Mark Cousins, who is from Chelmsford, says Saturday's FA Cup derby between the two teams has extra significance for him.

A sell-out crowd of around 3,000 is expected to watch the two Essex sides' first round tie.

Cousins told BBC Essex: "I was born and raised in Chelmsford and went to watch them when I was a lad.

"My parents' next door neighbour is a die-hard Chelmsford fan, he's been giving them plenty of stick."

Cousins added: "A couple of my friends always go there and watch them, I'm sure they'll be behind the goal giving me a bit of stick, but I'm used to that now.

"It should be quite a good atmosphere, it'll be a great day for all the fans and hopefully there'll be a packed house."

Despite a three-division gap, the 25-year-old U's keeper is not taking anything for granted.

"We can't just turn up and think we are going to win," he said. "We've got to earn the right to play first.

"We've got to go there, play our normal game and hopefully come away with a good win."