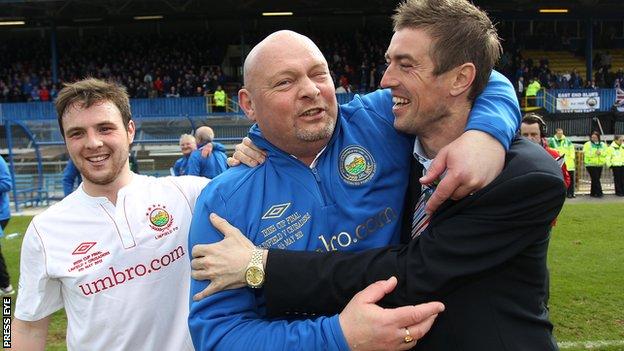 Linfield defender Steven Douglas requires surgery on a knee injury which will rule him out for eight weeks.

The 35-year-old has not played this season due to combination of ankle and knee problems, and a scan has revealed he requires an operation on his knee.

Meanwhile it has been confirmed that the Blues will play Ballymena United at the Oval in the County Antrim Shield final on Tuesday, 27 November.

Coleraine will have Michael Hegarty available again for their game against Portadown after the former Dungannon player sat out Tuesday night's North West Cup final win over Institute through suspension.

Skipper David Ogilby remains on the injured list, so Kyle McVey is set to deputise.

The Ports will be missing Gary Breen because of a ban.

Glentoran must plan without Jay Magee as they prepare to face table toppers Cliftonville at Solitude.

Crusaders entertain Glenavon in the fourth of Saturday's fixtures.