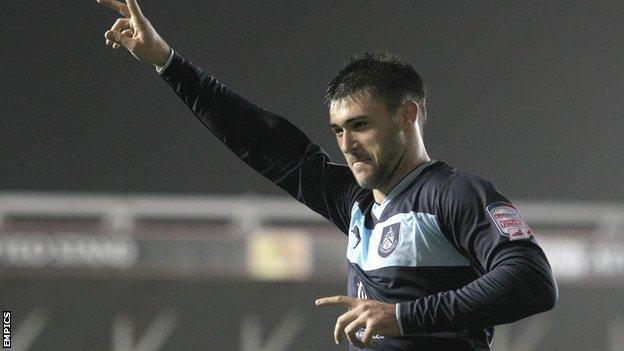 Sean Dyche has said he did not seek any assurances that Burnley would not sell Charlie Austin before agreeing to become the new manager at Turf Moor.

Striker Austin is Burnley's most prized asset and the having netted 18 goals already this season.

But Dyche told BBC Radio Lancashire that Austin's future was not discussed.

"We never even spoke about it. Things like that are out of our control for starters," said the 41-year-old.

"We've had it many times with many different players. Last year, we

Dyche, who has takes charge of his first match on Saturday, when Wolves visit Turf Moor.

It is his second managerial role, having been manager at Vicarage Road for one season.

And Dyche said he was because of the club's links with the local community.

"It's a very good club that's had a transition down from the Premier League, but there's a belief among the town," he added.

"I remember playing here many times and speaking to someone who told me that the thing about Burnley is that the supporters support the club. They don't disappear down the road to the big boys.

"It always stuck with me and I always thought what a great thing that was to have a supporter base like that.

"I come from Kettering and supported Kettering as a kid. I get that mentality and I think it's appealing to any manager."