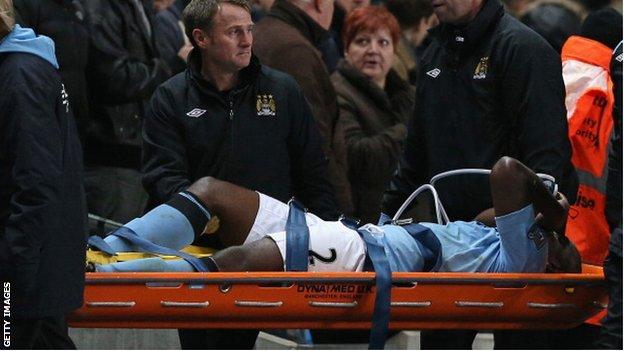 Richards, 24, who was injured in the win over Swansea, had an operation on Monday and said he expected to be sidelined for up to 16 weeks.

Richards has only featured in four games this season after an ankle injury sustained playing for Great Britain at the Olympics.

Mancini said: "I read three months but I don't know why. One month, maximum.

"It is not bad. He put only two stitches in his knee. For this reason, maybe four weeks."

England international Richards had an operation on Monday to repair a torn meniscus.

There were no other players around the full-back when he appeared to twist his knee and was subsequently taken off on a stretcher while being given oxygen.

Richards said following the operation he could not do "anything at all for the next four to six weeks" and was "probably looking at 12-16 weeks" before he returned to action.