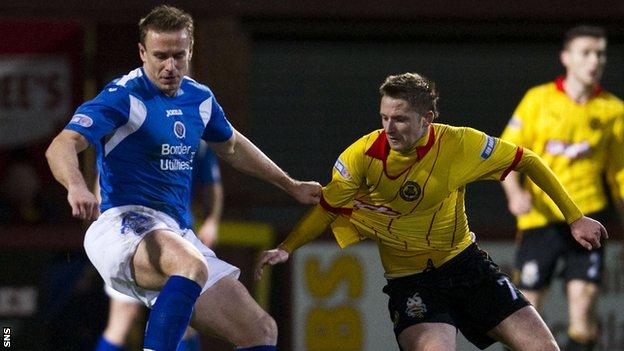 Livingston's Braidwood Motor Company Stadium has been chosen as the venue for the Ramsdens Cup final between Queen of the South and Partick Thistle.

Thistle, sitting second in Division One, are in the final for the first time since the competition for clubs outside the top tier began in 1990.

Queens have lifted the Challenge Cup once previously, the Dumfries side beating Brechin City 2-0 in 2002-03.

The Second Division leaders have also been beaten finalists twice, losing to Falkirk in 1997-98 and Ross County in 2010-11.

Queens have not won a game in normal time during their route to this season's final.

They ousted First Division side Morton 2-1 after extra time at Cappielow in the opening round.

They then beat Rangers, the famous side now playing in Division Three, on penalties after a 2-2 draw at Ibrox before again needing extra time to edge out Second Division rivals Arbroath 2-1 at home.

They then defeated two fellow Division One clubs, easing aside Raith Rovers 3-0 at home before a single goal was enough to progress past another Fife side, Cowdenbeath, at Central Park.