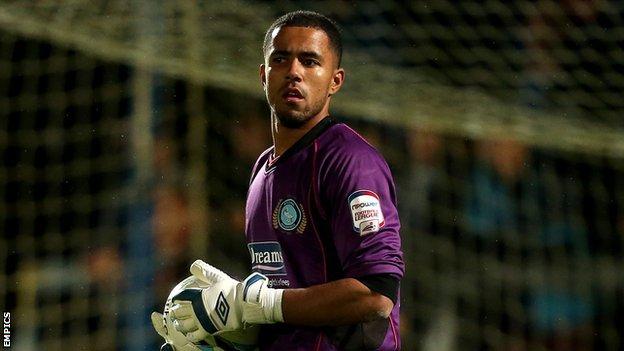 The 20-year-old will join the Chairboys until January, following his one-week emergency loan stint at the club in late September.

Winger Bruno Andrade, 19, has extended his stay at Gareth Ainsworth's side from QPR - also until January - having scored once in three games.

The pair are available for Saturday's FA Cup first-round trip to Crewe.

The Scotland Under-21 international has yet to make his senior Spurs debut, but experienced first-team football with Bishop's Stortford last season.