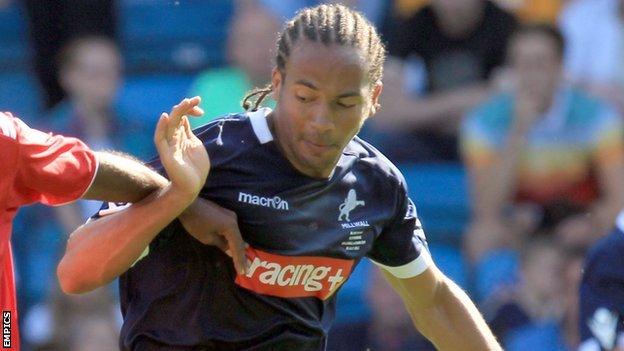 The 29-year-old has yet to play a game this season and appeared just 15 times for the Lions in the previous campaign.

He is not available for FA Cup matches so will not make his Shrimpers debut in Saturday's first-round match at Crewe.

Originally a central defender, Mkandawire started his career at West Brom before spells with Hereford and Leyton Orient.