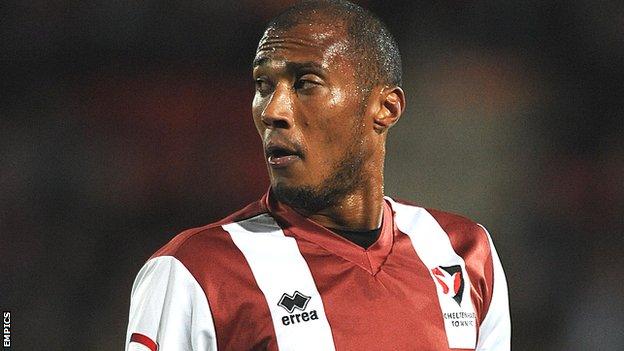 Billy Kee missed two chances to level and Calvin Zola put his header over the bar as Burton were beaten for only the second time in 12 league matches.

Burton drop to seventh and they are now six points off the automatic promotion places.

"I thought our performance particularly in the first half was excellent, we should have gone in two or three up.

"We had plenty of chances, you think maybe it's not your day, but you've got to keep believing. We kept trying different things, we wanted to get bodies in the box and fortunately it ended right in the end.

"Three defeats in 17 league games, I think shows that we've had a good start to the season. The lads work tremendously hard when we ask them to and I think everyone deserves a little pat on the back.

"We've had a real tough week against two really tough sides, and to come away with four points and two clean sheets on the back of getting through to the next round of the FA Cup, everyone deserves a bit of credit."

"I've just told the lads I'm really, really proud of that performance and I think that shows an awful lot about us as a team.

"They had a lot of set-pieces and I think at one stage it looked as though that would be the only way they'd score, but they kept going and they finally got one.

"It was a bad goal to concede for us but we had one or two half opportunities and, with a bit better composure, we might have made a bit more of them. Overall, it was an excellent away performance."