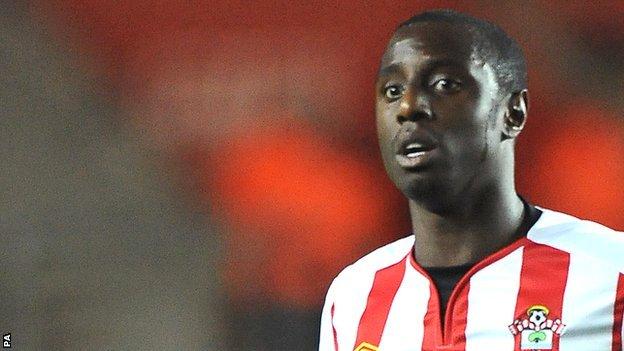 Neal Bishop's calm close-range finish after a superb run and pass by Andre Boucaud put the hosts ahead.

Crawley levelled when the impressive Nicky Adams picked out Forte.

Both sides struggled to create chances after the interval but Notts substitute Lee Hughes headed a good chance wide and Yoann Arquin went close late on.

Notts, who have now only won three of their nine home League One games this season, dominated possession and territory before the break, but were left to rue their failure to take their chances as the visitors hit back on the stroke of half-time.

Bishop's early goal, after a fine 20-yard run and stunning flicked pass by Boucaud, set the platform for an impressive attacking display as Crawley struggled to cope with the hosts' pace, movement and trickery.

Alan Judge and Boucaud controlled the game from the centre of the park and Jamal Campbell-Ryce and Francois Zoko were a constant threat out wide.

But Yoann Arquin wasted two good headed opportunities - the second a free header from six yards which he powered over the bar - and also had a decent penalty claim turned down when he appeared to be bundled over by keeper Paul Jones.

Gary Liddle also shot narrowly wide but Crawley settled in the latter stages of the first period and looked increasingly threatening with their limited possession against an unconvincing home defence.

Adams was Crawley's standout player and his influence was the main reason for their fightback.

The midfielder had a decent shot saved by Bartosz Bialkowski and his free-kick also saw the big keeper produce a fine save to stop Billy Clarke's header.

And it was Adams' clever run and astute pass that allowed Forte to tap home the leveller against his former club in the final minute of the first half.

The visitors improved after the interval but a much more even contest became scrappy and disjointed and neither side were able to create many clearcut opportunities.

Magpies fans' frustrations mounted with the main focus of their anger being referee Andy Haines.

Arquin and Lee Hughes both went close late on but Crawley were able to hold on without too many scares to stay one point ahead of Notts in fourth place in the table.

"I think we created enough chances to win two games to be honest. I think we looked a constant threat.

"We know on another day we might not create as many chances but we'd be ruthless in front of goal.

"We didn't quite have that cutting edge but it's coming. It's a work in progress."

"As the game went on, I asked myself 'do we take the point?' Yes, we missed chances but the point does get us back on track.

"I'm sure it was an enjoyable game to watch. There are are few tired bodies out there. It has been a difficult week with three away trips, so we need to get plenty of rest and move on."