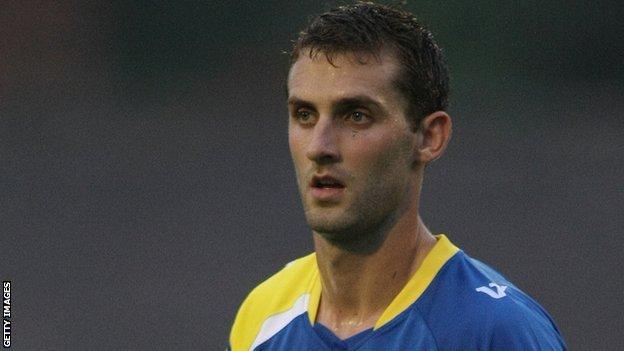 Chris Todd's header from close range gave Hereford the lead after Wrexham had failed to clear a corner.

The home side's pressure finally told on 58 minutes when an acrobatic overhead-kick by Stephen Wright levelled the score.

It was Graham's first goal of the season and just the second of his career, extending Hereford's unbeaten run to seven matches in all competitions.

In their last three games the financially troubled Bulls have now beaten two of the division's top three sides as well as knocking out League One Shrewsbury in the FA Cup first round.

"It's been a magnificent win and we worked so hard as a unit. To come away from Wrexham with three points is a great day for us.

"When Andy Gallinagh went down ill yesterday that was a blow, that left us with just four defenders. And now Chris Todd has been recalled (by Forest Green).

"Our free-kicks and corners have been poor at times, but I'm pleased for Luke (Graham) to score his first goal."

"We're conceding too many goals at the moment and that's a worry. We just need to be stronger. Just lately we've started to concede too many goals and that makes games harder.

"I think a draw would maybe have been a fair result but we knew exactly what they were going to do.

"It's not all doom and gloom just yet. We're a good side - we just need to get back on that training ground and keep working hard and I'm sure it will come back."