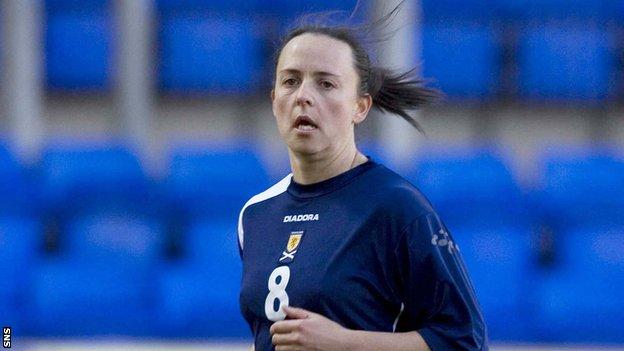 Forfar Farmington clinched second place in the Scottish Women's Premier League with a 3-0 win against Aberdeen.

Two goals from SWPL Player of the Year nominee Lucy Graham and a strike from Nicky Grant ensured Forfar's highest ever league finish.

Celtic and Hibs battled out a 0-0 draw at Barrowfield.

A win for either side would have seen them finish second and Celtic end the season in third spot with a slightly better goal difference.

Spartans lost 2-0 to champions Glasgow City and finish the race in fifth.

Hamilton thrashed Kilmarnock 7-1, Rangers beat Hutchison Vale 1-0 and Falkirk defeated Inverness 3-2 thanks to a Lorraine Cadden own goal and strikes from Jade Gallon and Emma Lyons .

Kilmarnock and Inverness are the teams to be relegated.

Commenting on Forfar's achievement, manager Mark Nisbet said: "I am delighted to get three points. It was a hard game and we matched it.

"Looking at the bigger picture I am delighted to finish second. It is just reward for the players. It is a very proud moment and I was fighting back the tears in the dressing room."

With the SWPL now concluded, Forfar's next challenge is in the Scottish Cup final, where they will take on league champions and Scottish Cup holders Glasgow City next Sunday at Airdrie's Excelsior Stadium.