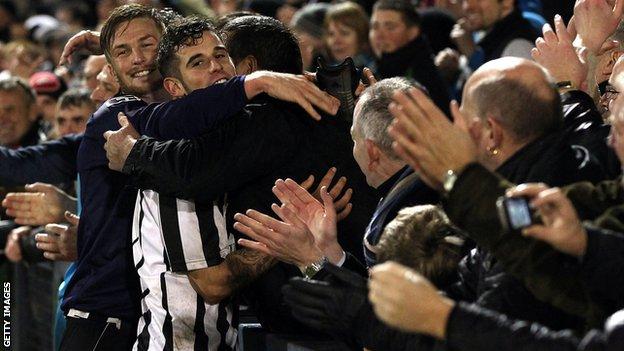 Referee Lee Collins sent off Hourihane for a second booking after cautioning him in the eighth minute of Sunday's game for taking a free-kick too early.

"The referee's got to use a bit of common sense," he told BBC Radio Devon.

"To lose a man like that so early in the game, in a tough game for us, was very disappointing."

Dorchester took advantage of having an extra man with former Plymouth trainee and current Exeter City player Jake Gosling, who is on loan at the club, getting what proved to be the winner after 49 minutes.

"I understand the decision that by the letter of the law, that for whatever reason once the referee says 'you've got to wait for the whistle' and you play it in, it's a booking," added Fletcher.

"But Conor said he heard a whistle and I think we has trying to move the ball back, and that's the whistle he might have heard."

The defeat means Plymouth have not won an FA Cup tie since January 2008 when they beat Hull City 3-2 in the third round.