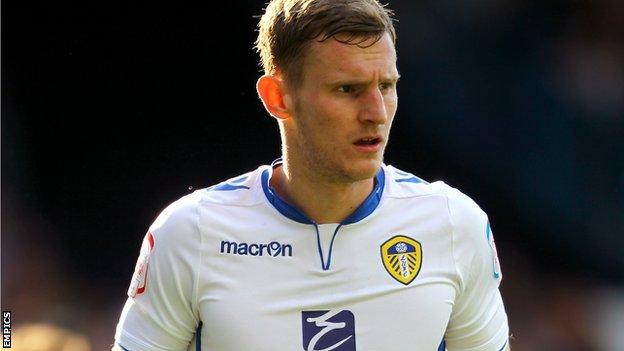 Leeds United defender Tom Lees was temporarily blinded in one eye in an incident in Friday's draw at Brighton.

The 21-year-old, who suffered the injury in the first half of the match at the Amex, is a doubt for Tuesday's trip to Burnley.

Manager Neil Warnock said: "Tom got a nasty finger in his face. He couldn't see out of one eye and it blinded him for a bit.

"He went to hospital and it's a worry for us."

Last week Lees was one of 11 people to be charged by Serbian police for the mass brawl that followed the match between Serbia Under-21s and their England counterparts in October.

He has been a Championship ever-present for Warnock's side so far this season.