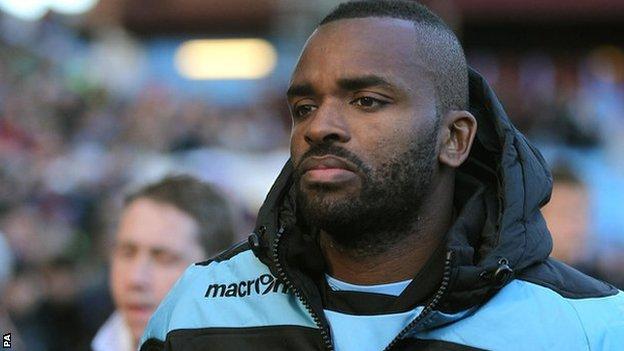 Aston Villa are to assess the extent of striker Darren Bent's ankle injury.

Bent was injured in training last Friday and missed the Midlands club's 1-0 victory over his former team Sunderland the following day.

"It is the same ankle he hurt against Wigan [during February]. I know it was serious then," said Villa manager Paul Lambert.

"Is it serious? I don't know yet. He will get treatment on it during the week and we will see."

Bent missed Euro 2012 following his injury against Wigan and has had to be content with a role on the bench in recent weeks as Lambert has preferred Christian Benteke and Gabriel Agbonlahor up front.

Lambert added: "He was really hobbling on Friday and we couldn't take a chance on him with Sunderland."