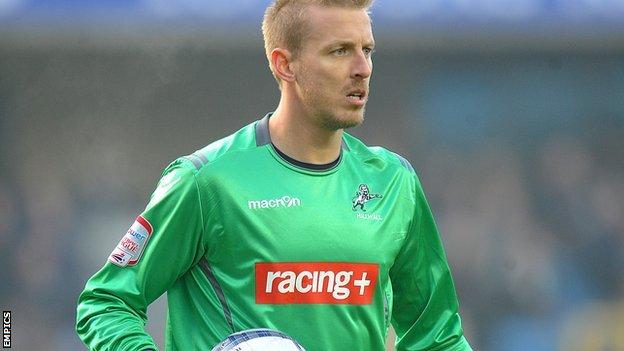 The 34-year-old was in the stands to see the Iron's 4-0 defeat by Gillingham in the FA Cup first round on Saturday.

"I've known Steve for a long time and he's very vocal and it's a good bit of business for us."

Mildenhall is delighted at the chance to play first team football after finding himself third choice for the Lions.

He told BBC Look North: "It's been a frustrating start to the season with not being involved so I jumped at the chance to come here.

"They're at the wrong end of the division but they've had some success over the last six years and there's some good footballers here."