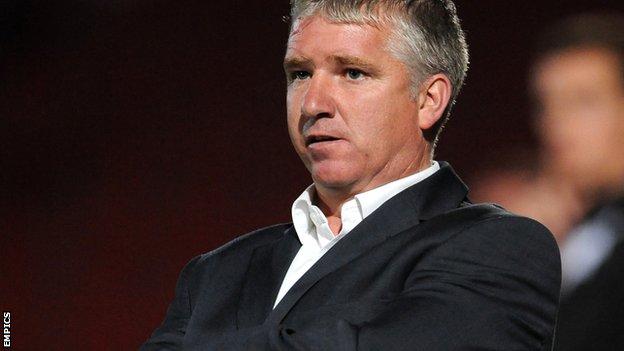 It was the first time the Gulls have lost in the first round of the FA Cup since 2004, when they were beaten 2-0 by non-league Hinckley.

"It's disappointing as we didn't play to anywhere near the levels that we've been doing at Plainmoor recently."

He added: "For surprises like that to happen you need a couple of things.

"You need the other team to play above where they normally play, and they did, and the home team like us to play below where we've been playing, and we did.

The supporters have every right to be disgruntled by that display

"We had some gilt-edged chances, but when you look at the levels we've been performing at recently, it's nowhere near where I'd expect."

Ling also said the club would feel the defeat financially.

Torquay would have got £18,000 in prize money for a win, and not only do they miss out on that, but also on the potential of a cup run that could have led to a lucrative third round tie against a Premier League side.

"The financial avenue that it can fetch to the football club to help me out in the transfer market has passed me by and that's the disappointing side," added Ling.

"I'm massively disappointed and the players are as well.