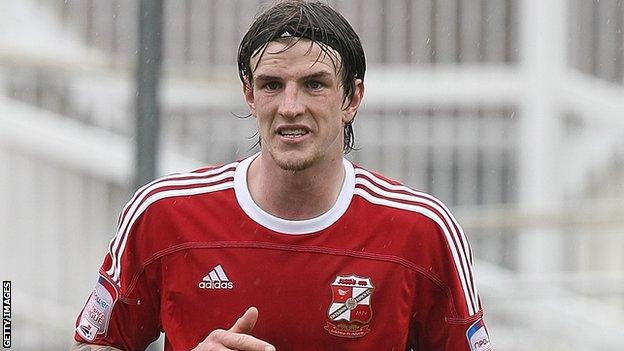 Aden Flint has been given a four-match ban by the Football Association following his dismissal in Swindon's FA Cup first round defeat by Macclesfield.

Flint received a straight red card for a tackle on Amari Morgan-Smith in the 64th minute of Saturday's game, which the non-league side won 2-0.

It is the second time the 23-year-old defender has been sent off this season after seeing red against Scunthorpe.

Flint will be next available for the game at Notts County on 24 November.

But he will be forced to sit out the League One matches against Sheffield United, Walsall, Yeovil Town and Brentford.