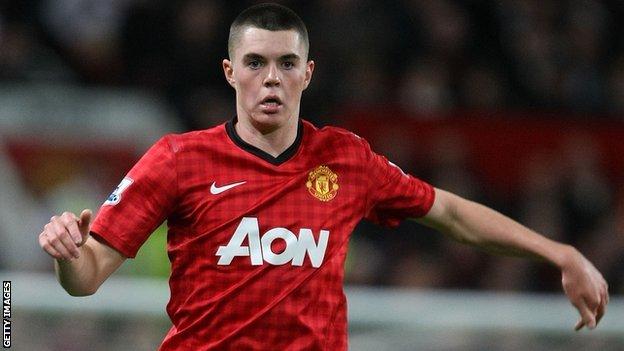 Defender Keane, 19, made his debut against Aldershot in last season's League Cup and has played in both of the ties in this season's competition.

But attacking midfielder Lingard, also 19, is yet to play a first-team game.

Both players have been signed in time to feature in Tuesday's Championship match against Bolton Wanderers.

Leicester were keen to bring in cover because of injuries and suspensions.

Zak Whitbread, who was sent off against Watford on Saturday, is banned and fellow defender Sean St Ledger and striker Jamie Vardy are injured.