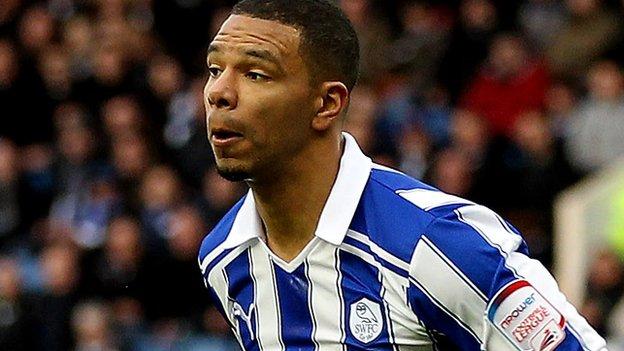 New Shrewsbury Town loan man Julian Bennett is to make a delayed debut at Bournemouth on Tuesday, having missed Saturday's 3-1 FA Cup defeat at local rivals Hereford due to a bereavement.

"He'd suffered a bereavement, he's not done much training and didn't feel right to play on Saturday. But he will play at Bournemouth on Tuesday night."

The 27-year-old defender is expected to play at left-back at Dean Court.

The trip to much-improved Bournemouth (unbeaten in five games since Eddie Howe returned to take charge) marks the second of a three-match run of away games for faltering Town, who have slipped to 20th in League One after a run of just one league win in 10 games.

Since keeper Chris Weale's heroics inspired a clean sheet in last month's 1-0 win over Walsall, Shrewsbury have shipped 11 goals in four games. And Turner hopes Bennett's one-month loan arrival from Sheffield Wednesday will help shore things up at the back.

"This is a big week for us, starting with Bournemouth on Tuesday night, then Orient next Saturday and we've got to start defending better and keeping clean sheets.

"It's difficult to explain why we go wrong in the early part of games, but Saturday at Hereford was the fourth time in five games that we've conceded in the first five minutes.

"We can't change all 11 players. We just need them to start performing like they can do and like they were earlier in the season."

"I'm here to help out as best as I can," Bennett told BBC Radio Shropshire. "I'm here to give 100%, not to waste anyone's time.

"I'm an experienced defender who has had two promotions in this league and I think I can help out.

"I know Mark Wright from my days at Walsall. And I played at the old ground, where I put the ball in the river a few times.

"But, having taken a look at the new stadium, you can see this is a club that's going places."