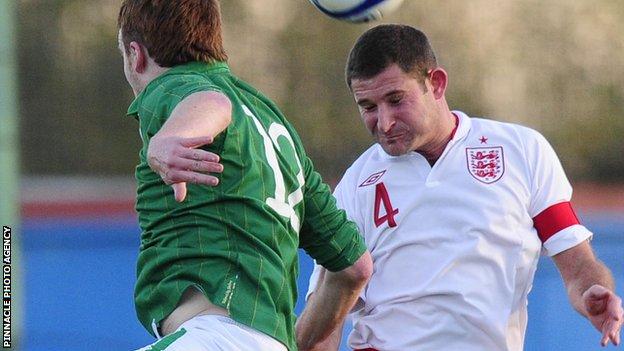 Jersey manager Craig Culkin says his side's performance for England against the Republic of Ireland gives him confidence before the Uefa Regions Cup tournament in San Marino in March.

Jersey on Saturday as they represented England at amateur level for the first time.

"It's all part of our development, and it's certainly a learning curve," Culkin told BBC Radio Jersey.

When we go to this tournament, we're not going just to make the numbers up

"When we go to this tournament, we're not going just to make the numbers up."

He added: "This has given us confidence and belief and we're pleased with the performance, but disappointed to lose.

"We played against four former professionals in what was a young Jersey side which contained four 17 and 18-year-olds.

"In the second half we were by far the better team and a little bit unfortunate not to get the draw we deserved."

Jersey will take on the Republic of Ireland, Northern Ireland and San Marino in the Uefa Regions Cup tournament in March, with the winners going on to the final round in June.

"The real challenge is to do what no team has done before and that's to progress through to the Euro Cup in June," added Culkin.