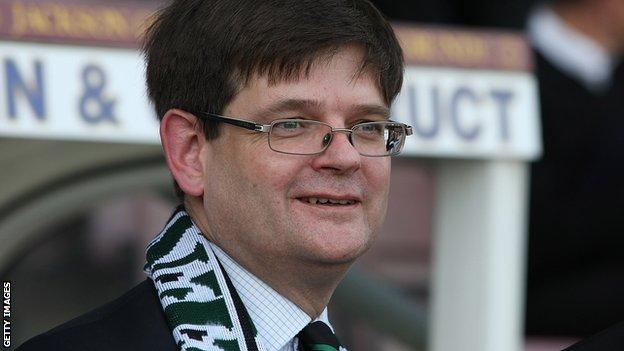 Argyle, lost 1-0 at the Avenue to go six seasons without an FA Cup victory.

"We've had absolutely no discussions," Brent said when asked by BBC Devon if he had considered changing manager.

"We've said we'll back Carl to achieve success and that is very much the plan we're following."

He was in November last year after

After saving Argyle from relegation last season, Fletcher has had a stuttering start to this season's campaign, winning only four of 15 games in League Two.

"The reaction to losing is typically to look at changing the management set-up and I've got no doubt some fans will be looking for a change," Brent said.

"But I get many more people writing to me saying 'don't blink and give in to others who are hankering for a change in the management team, we have a great manager who will go far and please support him'.

"I think I get more criticism for the short nature of Carl's contract than for the fact that he's on a contract."