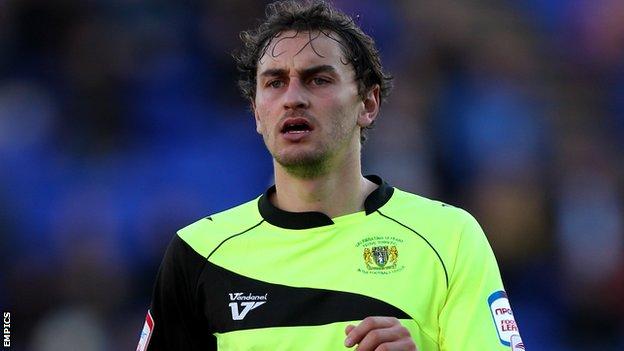 Yeovil midfielder Ed Upson has been handed a four-match ban by the Football Association for his sending off in Saturday's FA Cup defeat by Preston.

Upson, 22, was shown a straight red for a late challenge on Joel Byrom in the second half of the Glovers' 3-0 defeat.

It was his second dismissal of the season against North End, having picked up two yellow cards in their League One clash in September.

He will be available to play again on 24 November against Carlisle.

Upson did not receive a single red card last season but did accumulate 15 bookings in 45 games.