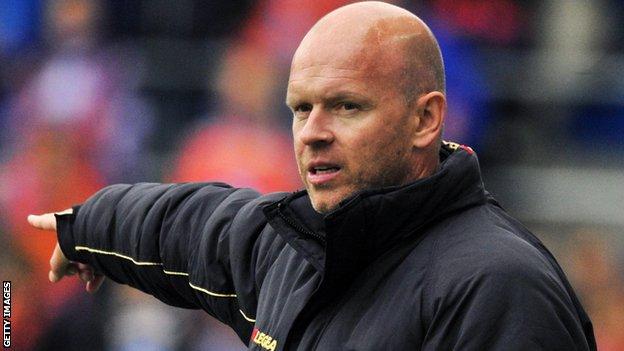 Blackburn Rovers manager Henning Berg has demanded an improvement from his side after they lost 2-0 at Crystal Palace in his first game in charge.

"We have things to work on. We're disappointed by the performance and result," he told BBC Radio Lancashire.

"There is much more quality in the team than we were able to produce. That is something we have to work on."

Berg, who was sacked by Lillestrom last October, is in his first managerial role in English football after impressing during the interview process.

The former Blackburn centre-back has already stated his aim this season is an immediate return to the Premier League, but was not impressed with what he saw on Saturday.

"Defensively we were giving them too much space in between our lines. They had two good wingers but they were getting in way too many crosses," Berg added.

"We would like to be much better than this, and we should be."