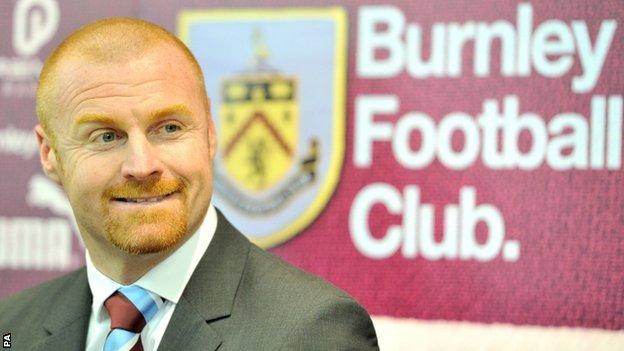 Burnley manager Sean Dyche described himself as thrilled after his side beat Wolves 2-0 in his opening game.

The 41-year-old took over last week from Eddie Howe on a two-and-a-half-year contract, after controversially leaving Watford in the summer.

"Despite me being level headed about it, of course I'm thrilled," he told BBC Radio Lancashire.

"My family will be thrilled, they were here today, and they're now Burnley supporters as well as me."

Dyche was described as the "outstanding candidate" after his appointment and has already promised he will not be making radical changes to the side.

Burnley went into the game with the worst defensive record in the Championship but a clean sheet in Dyche's first game, the Clarets second successive home shut out, laid the foundations for the win.

"A very good start for myself, the staff and the players and just as important are the fans," he added.

"It's important that they know what we're going to try and build here.

"I'm so, so happy to be here. The group have been excellent, we've made a really good start, but it is only a start.