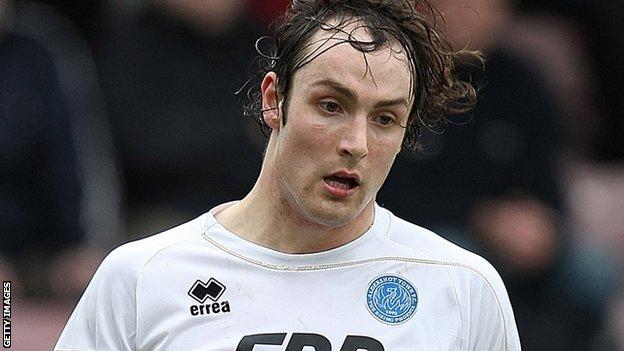 Aldershot striker Danny Hylton says the side have let people down with their performances this season.

The Shots, who are second bottom of League Two, are unbeaten in three games after their 2-1 FA Cup win over Hendon.

The 23-year-old told BBC Surrey: "This season we have let the staff down a lot with our performances.

"After losing seven on the bounce it is good to get a little run going. We might not be playing unbelievably but we've got the results."

He added: "We got four points out of six from Southend and Dagenham. We are building on two good performances."

Hylton took his goal tally to three for the season after hitting a brace against Hendon and guiding the Shots through to the second round.

"I didn't really play too much in pre-season because I was missing the first eight games [through suspension].

"I've got to get on with it and work hard in training but it was nice to get the chance up front in the second half.

"Maybe we could be at fault for thinking the game would be a little easier. That's not the right attitude to go into the game.

"But you want to go through and at the end of the day we did that."