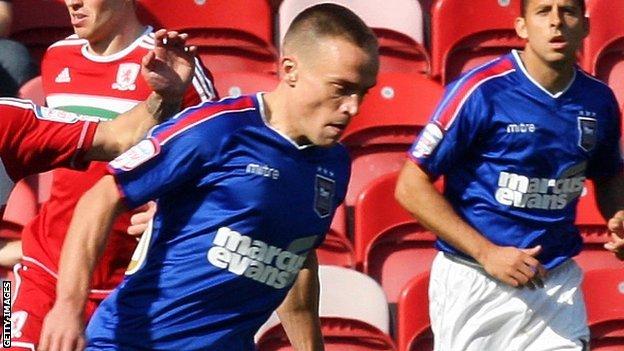 Ipswich Town striker Paul Taylor will undergo foot surgery and is likely to miss the majority of the season.

The 26-year-old has played just three times since completing his protracted move from Peterborough in August.

His last game was against Wolves last month, when he sustained the injury.

"Paul's going to be out for a while. He's been to see a specialist and he's going to have to have an operation on his foot," boss Mick McCarthy told BBC Radio Suffolk.

Taylor's injury aside, McCarthy has made an encouraging start to life as Ipswich manager, halting a 12-game run without a win by 1-0 at the weekend in his first game in charge.

The former Wolves boss, who has said he will attempt to extend midfielder Richie Wellens' loan spell from Leicester, has encouraged his side to improve on their weekend performance when they travel to Crystal Palace on Tuesday.

"We've got to play as well as against Birmingham - maybe even better than that," he said.

"But we've got to work as hard as that and we've got to defend like we did and be as committed and organised as we were.

"We didn't play wonderful, free-flowing football. I'm not going to try and con anyone that we did. But we played a winning brand of it.

"Tuesday night's a completely different game against a different system. We'll try and adapt to that."