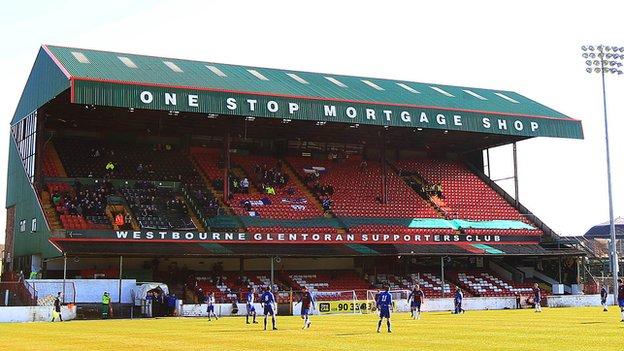 The lengthy suspension was imposed following an incident while Newberry was in Macedonia with the Northern Ireland Junior international team.

The ex-Ards midfielder needed more than 50 stitches after punching a window during a row with a team-mate.

Newberry has been banned from football until 31 May, 2013.

The suspension is one of the most severe ever imposed by IFA disciplinary chiefs.

Newberry had been playing for Northern Ireland at the Uefa Regions Cup in Strumica in September.

At the appeal hearing, it was revealed that the accusations against Newberry included fighting with team-mates, threatening behaviour and property damage.

The Irish FA had to pay for repairs and faced a Uefa charge over the affair.

Glentoran had argued that Newberry should be banned from international competition only, and be allowed to play domestic football.