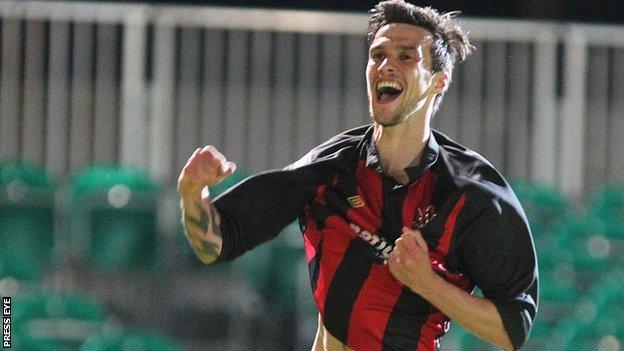 The Crues wasted a number of chances before Adamson took a return ball from Heatley for 2-0 in the 63rd minute.

Declan Caddell headed in a close-range third before Jordan Hughes snapped up a late consolation for Distillery.

The Crues could have won by more but Colin Coates, recently back from injury, and Jordan Owens missed with headers.

Crusaders central defender Paul Leeman had to go off injured in the first half and was replaced by Josh Robinson.

"We didn't play that well in the first half and Lisburn Distillery knocked the ball about well," said skipper Coates.

"The manager had a bit of a go at us at half-time and I felt we put in a thoroughly professional performance after the break."