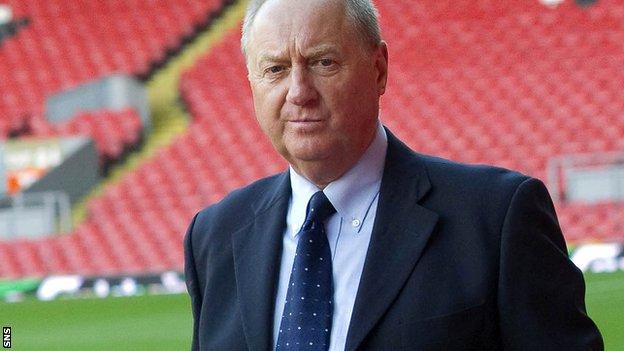 The 61-year-old takes over at the Second Division club after former Scotland striker Gordon Durie stood down due to ongoing health problems.

Brown was the long-time assistant to Jim Jefferies at Berwick Rangers, Falkirk, Hearts and Bradford City.

He became assistant to Colin Calderwood at Hibs a year ago and was caretaker until the appointment of Pat Fenlon.

Despite having applied for the manager's job himself, Brown remained at Easter Road until his contract expired in the summer.

Now he becomes a permanent manager in his own right at the club sitting second bottom of Division Two.

The Methil club said in a statement on their website: "He will take up his post immediately and will be at the Fife Cup match on Tuesday where he will be introduced to the players and coaching staff.

"He will have responsibility for all football matters but, of course, will focus on the first team and on getting us back into the top half of the league and hopefully the play-offs."