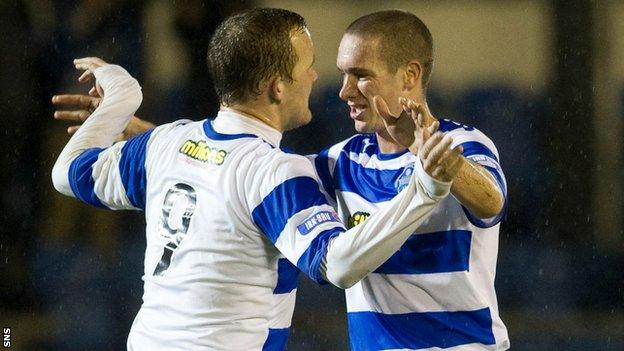 Michael Tidser bagged a second-half brace as Morton eased to a victory over Albion Rovers to secure a fourth-round trip to Turriff United in the Scottish Cup.

The sides played out a 1-1 draw in the original tie and Rovers' David Crawford drew a sharp save from goalkeeper Derek Gaston in the 19th minute.

David Graham should have put First Division side ahead when he volleyed wide on the stroke of half-time, but a dominant second-half display meant he would not rue his profligacy.

Graham was the provider in the 51st minute, crossing from the left for Martin Hardie to plant a header high beyond the Second Division side's goalkeeper, Matthew McGinley.

And Tidser completed the Wee Rovers' misery 19 minutes from time when David O'Brien teed him up to crash home emphatically from the edge of the box.

The Greenock side now travel to face Highland League outfit Turriff, who are making their first appearance in the Scottish Cup.