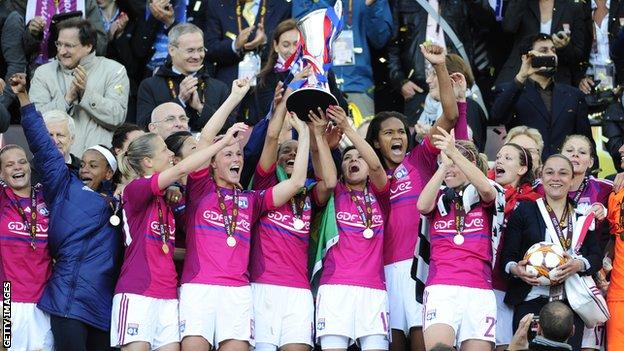 The 41,000-capacity stadium will stage the event on May 23, two days before the men's Champions League final at Wembley.

Who are the previous hosts?

Uefa general secretary Gianni Infantino said: "The home of the men's 2012 Champions League winners is the ideal venue to host this prestigious event."

French club Lyon won the trophy in 2012, when the final was held in Germany.

Arsenal Ladies play the second leg of their last-16 tie against Germany's Potsdam on Wednesday.