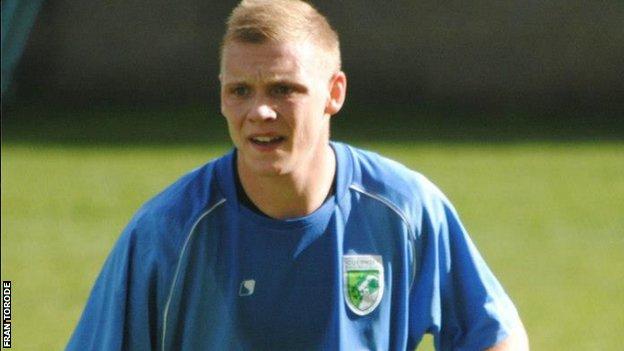 Tony Vance praised 10-man Guernsey FC after his side held on to win 4-3 at bottom club Hartley Wintney.

Ross Allen gave Guernsey a seventh-minute lead, but Hartley levelled soon after, before Dominic Heaume put the visitors back on front on 22 minutes.

Heaume got the third 14 minutes later and Allen made it 4-1 after 51 minutes with Hartley pulling one back.

Guernsey then had Ben Coulter for a second booking before Hartley scored a penalty to set up a nervy finish.

"We had to grind out the result in the end," Vance told BBC Guernsey.

"At one stage we were fairly comfortable and we had a good period in the second half and took control of the game.

"But with the sending-off of Ben and an injury to Glyn Dyer we had to change things around.

"It got a bit edgy towards the end, but we held on, it was tremendous character from the boys, and it turned out to be a very important three points."

The win sees Guernsey return to the top of the Combined Counties League Premier Division, a point above Egham Town and Badshot Lea.

Guernsey have games in hand on both of their main rivals and host Badshot at Footes Lane on Saturday.

"It's a big game, a six pointer it can be called," Vance said.

"But I don't think this game is going to decide who wins the league and who's up there, but it'll certainly put down a marker and we've got to make sure that we come out on the right side of it."