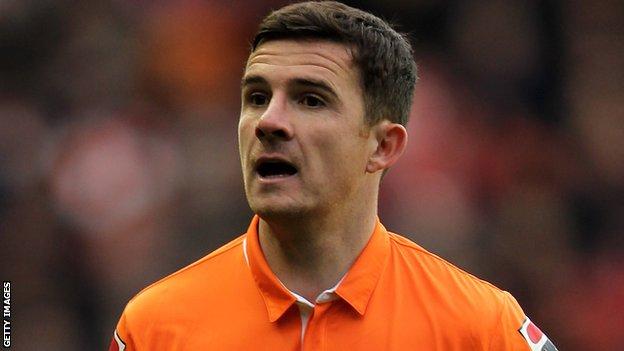 Fleetwood midfielder Barry Ferguson is hoping to extend his loan spell with the club until the end of the season.

The 34-year-old former Scotland captain joined the Cod Army until 1 January last week and made his debut in the 3-0 FA Cup victory over Bromley.

"I'm still contracted to Blackpool but ideally I would like to stay here until the end of the season," he told BBC Radio Lancashire.

I would like to put that straight, there was never any trouble between me and the manager

"The way they want to do things and progress is right up my street."

Ferguson, who had spells in the Premier League with Blackburn Rovers and Birmingham City, joined Blackpool in July 2011 following their relegation from the top flight.

He played 45 times for the club last season, including their play-off final defeat by West Ham at Wembley in May, but had featured just seven times this term for the Tangerines.

Despite reports that he had fallen out with boss Ian Holloway, who has now moved to Crystal Palace, Ferguson insisted his move to Highbury Stadium was for purely footballing reasons.

"I would like to put that straight, there was never any trouble between me and the manager," he added.

"It was basically I just wanted to go out, at my age, and play regular. I understood the manager's way, he wanted to rotate the team, and I fully respect that.

"There was no fallout. I heard a lot of whispers that me and the manager had fallen out but there was nothing like that."