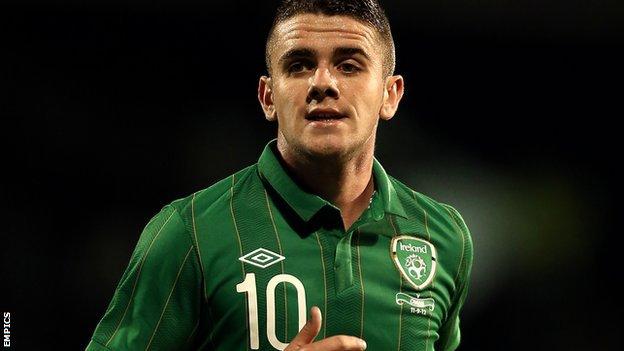 The 20-year-old spent last season on loan with the Championship side, scoring three goals in 38 league games.

In September, he made a goalscoring debut for the Republic of Ireland in a 4-1 win over Oman at Craven Cottage.

Brady, who made his first Red Devils appearance in the League Cup win over Newcastle in September, joins United keeper Ben Amos at the Tigers.