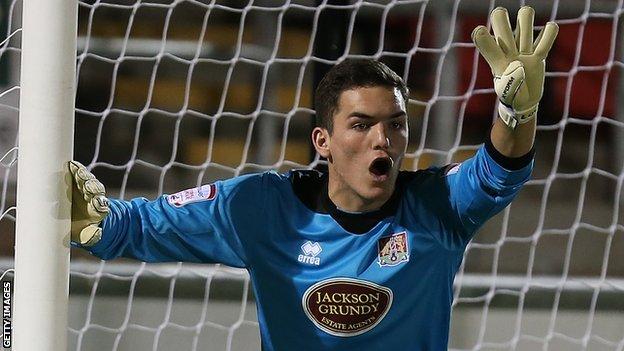 Northampton Town have re-signed Wigan goalkeeper Lee Nicholls on loan until the end of the season.

The 20-year-old returned to Wigan last week following a three-month spell with the Cobblers, during which he played 16 times and kept seven clean sheets.

He is available for Tuesday's League Two fixture at York City.

Nicholls has yet to make a senior appearance for the Latics but also gained experience from a nine-game loan stint at Accrington last season.