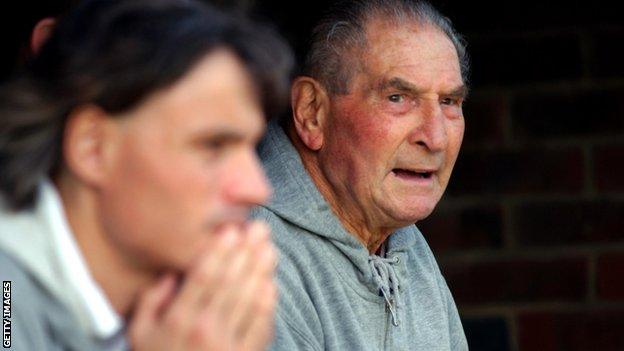 Powell, who was capped eight times for his country, started his playing career at QPR in 1937 and also had spells with Aston Villa and Blackpool.

He took over as manager at Bath City in 1964 before becoming a coach at the University of Bath, where he worked for 37 years, until the age of 93.

Powell won a place in the Guinness Book of Records for his role as the world's oldest working football coach in 2006.

A statue of Powell, who also coached at Carlisle, stands at the University's training village and a scholarship fund was set up in his name to support undergraduates in their studies.

A statement on the QPR website read: "The club would like to extend its deepest condolences to Ivor's family and friends at this sad time. May he rest in peace."

Born on 5 July 1916 in south Wales, he started his working life as a miner and was spotted by QPR playing for South Wales League side Bargoed aged 17.

He was a team-mate and close friend of Sir Stanley Matthews at Blackpool and was best man at his wedding.