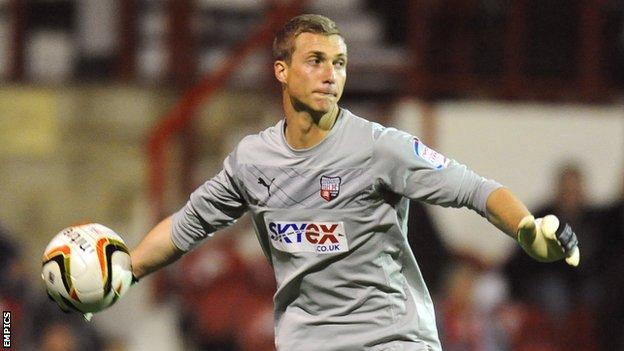 Brentford goalkeeper Simon Moore has signed a new contract with the League One club.

The 22-year-old, who has made 16 appearances this season, has agreed a deal until the summer of 2016.

Former Southampton trainee Moore joined the Bees in the summer of 2009 following a trial.

Since making his debut at the end of the 2009-10 season, he has played 41 games in all competitions for the Griffin Park outfit.