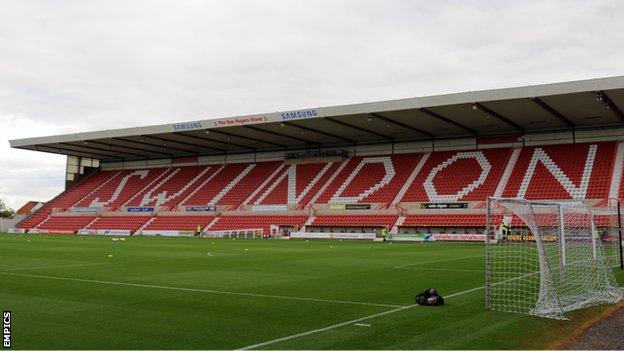 The embargo was sanctioned at the start of October because the League One club had overspent on wages and fees.

Town exceeded the fixed limit after a tribunal ruled they must pay out £340,000 for the signing of James Collins and Troy Archibald-Henville.

The removal of the embargo will come as a welcome relief to manager Paolo Di Canio, who has voiced his frustration at the situation on numerous occasions.

He said the enforcement would hinder his chances of securing back-to-back promotions with Town and called in to question the club's ambition.

Ten days after the embargo was announced chairman Jeremy Wray - a close friend of Di Canio and the man who orchestrated the Italian's appointment in May 2011 - was removed from his role and immediately replaced by Patey, a former British ambassador.

Di Canio met with Patey last month and the Swindon boss said he was "feeling more than positive" about the Town's future.

Patey confirmed on Tuesday that money had now been "made available" for Di Canio to bring in loan signings.

"Paolo was expecting the news," added Patey. "He thought it would give the players a boost if it happened before the Sheffield United game [on Tuesday]."

Swindon are currently without six first-team players through suspension and injury and have won just two of their last eight matches in all competitions.