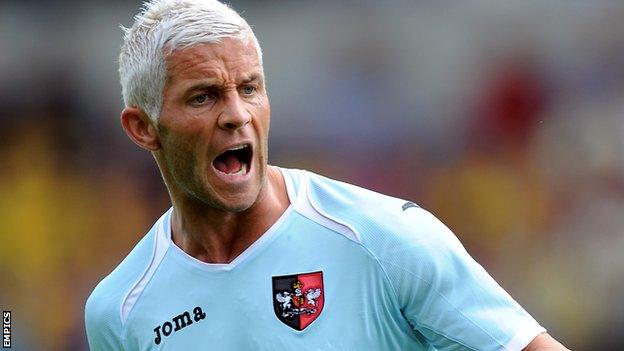 O'Flynn only made 10 appearances last season because of a knee injury.

But the 30-year-old scored City's second and impressed throughout in their first victory for over a month.

O'Flynn and Tisdale said the effort he had put in to return to fitness was paying off.

"He's put a lot of work in over the last six months after having a very disappointing year last season, and I think he thoroughly deserves that performance," said the City boss.

"He's completely dedicated himself to being mobile and fit and being all-action for 90 minutes, that's the type of performance he put in."

Tisdale was delighted to finally get a victory after six winless matches in all competitions.

"It was about the win, performance was secondary, and although it wasn't perfect, it was satisfying to say the least," he added.

"It's about mindset and in recent weeks we've had a lot of the ball and actually played very well with the ball.

"It's making the transition between having it and thinking about creating, forward delivery, anything to do with the attacking phase of the game and then quickly switching to a defensive mode."