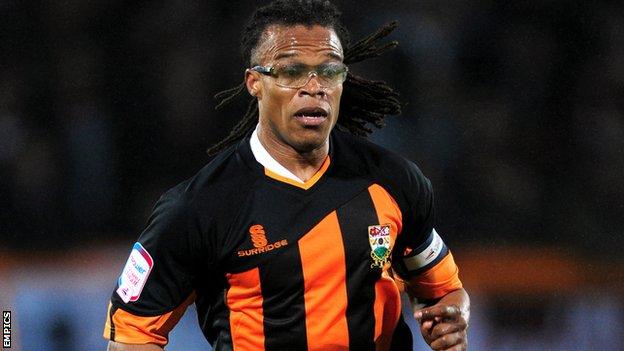 The former Netherlands star returned to the Bees line-up to face Torquay.

"I don't want to criticise the referee, but it seemed any time you touched Mr Davids it was going to be a free-kick," Ling told BBC Radio Devon.

"Sometimes reputation goes before you, but I think they had the edge of the decisions today."

And despite the 39-year-old's inclusion in the Barnet line-up after being on the bench for the 2-0 FA Cup defeat by Oxford, Ling felt his side should have come away from Underhill with a win.

"It's a disappointing result," Ling said.

"When we have a poor performance, I'm the first to speak out and I thought Saturday was, but tonight I thought it was a 1-0 ambush.

"In the first half we had all the play, asked an awful lot of questions and didn't get the goal.

"Last year we came here and ambushed them, this year they've ambushed us and got the goal when never looking like scoring."