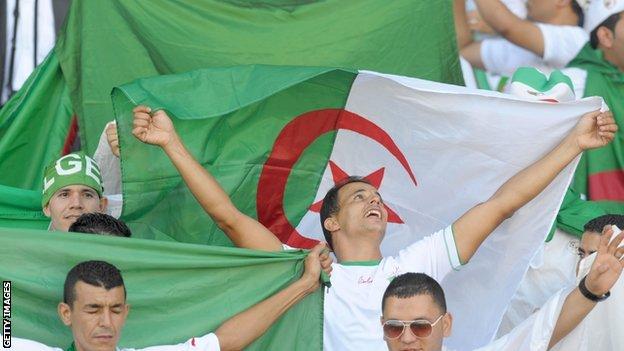 Algeria moved up five places in November's Fifa World Rankings to number 19, their highest position since the system was launched in 1993.

Their rise was helped by their 2-0 win over Libya as the Desert Foxes qualified for next year's Africa Cup of Nations in South Africa.

Ivory Coast remain the top side in Africa and have risen one place globally to 15.

The biggest movers were Niger, who leapt 30 places to 107 in the world.

Their qualification for a second consecutive Nations Cup finals also took them from 42 on the continent to number 30.

Togo's reward for overcoming Gabon to reach the Nations Cup was a rise of 20 places taking them to 73 globally and 17 in Africa.

Spain and Germany remain as the top two ranked teams in the world.

Fifa's Top 10 for November for Africa, world ranking in brackets: