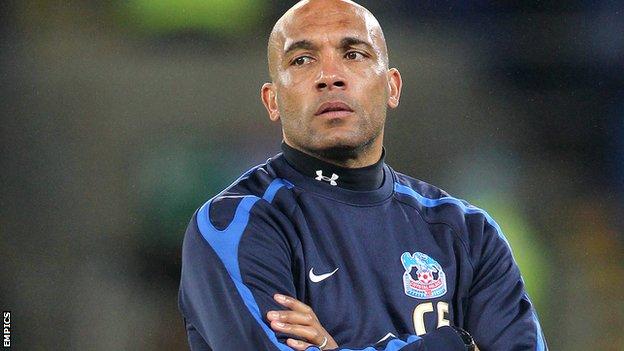 The 44-year-old is reunited with manager Dougie Freedman and assistant Lennie Lawrence, having worked with the pair at Crystal Palace.

Freedman revealed soon after his appointment that to form part of his backroom team at the Reebok Stadium.

Lawrence joined Wanderers on 1 November and Fleming has followed after

The former Middlesbrough and Republic of Ireland defender, 44, has worked as a coach at Boro, Livingston and then Palace.

Bolton have made a wonderful start under their new manager, taking four points from their first two matches since

A 2-1 victory against Cardiff on Saturday was followed by a 0-0 draw against Leicester on Tuesday.

"Four points against two of the top teams in this division is something to be very proud of," he told BBC Radio Manchester.

"We all defended with purpose and it shows me we're heading in the right direction.

"No disrespect to other teams in this division, but Leicester are a top team and I think when we play other teams, we will win games with less work-rate and less defending than that."