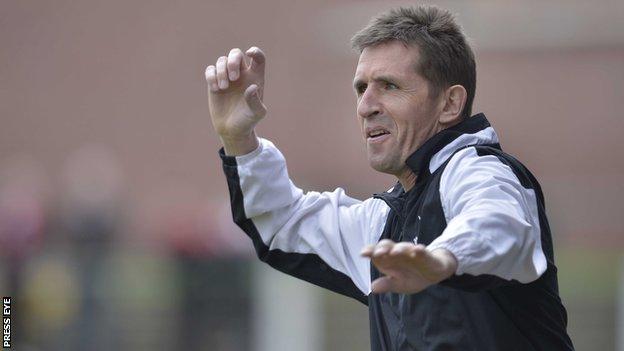 Crusaders boss Stephen Baxter has been named the NI Football Writers' manager of the month following his team's string of fine results in October.

The Crues were unbeaten during the month and achieved wins over Glentoran, Cliftonville and Ballinamallard United.

It is the seventh time Baxter has won the manager of the month award.

"I am picking up this award for the whole team," said Baxter.

"It has been a tough month and they have performed exceptionally well.

"We have got a good competitive league this year, which is what everyone wants."