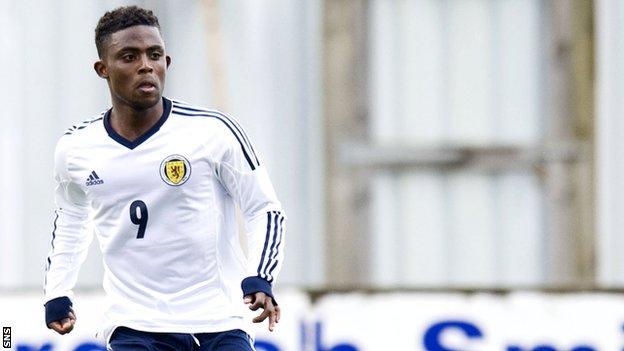 Chelsea forward Islam Feruz has been named in the Scotland under-21 squad to face Portugal on 14 November.

"These players have done very well at under-19 level and it is pleasing to see them taking the next step," said Sbragia.

Sbragia, Scotland's under-19 coach, is stepping up while under-21 coach Billy Stark takes charge of the senior side for next week's friendly in Luxembourg.

And he told www.scottishfa.co.uk he was not finding the transition a problem: "I am stepping in as under-21 coach for one match, so having experience of working with many of the players, and staff, does make the transition easier for all of us.

"I actually know most of the other players in the squad, having assisted Billy on a few occasions recently, and after taking an under-20 squad to the Netherlands earlier this year.

"It's an exciting squad," he added. "Billy selected the squad before going on to work with the senior squad.

"We have spoken in depth about the plans for this match, and it's up to me to carry on Billy's work for now."