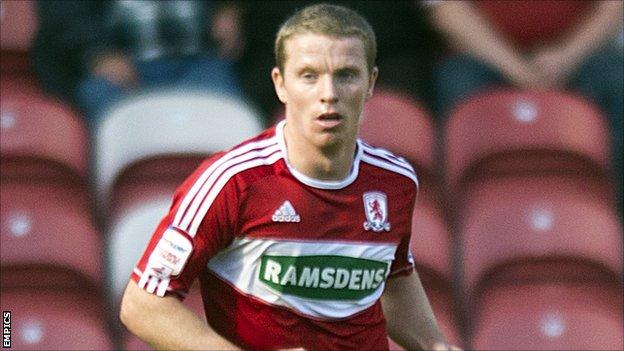 Midfielder Grant Leadbitter believes the strength in depth within the Middlesbrough squad has helped to cope with a growing injury list.

Boro have a number of absentees in their first-team squad but remain second in the Championship table on a eight-game unbeaten run.

"We've had so many injuries," Leadbitter told BBC Tees.

"Some teams have six or seven good players, whereas we've got a squad full who can step in and play well."

Leadbitter, 26, was one of Tony Mowbray's summer additions following his arrival from Ipswich Town in May, and has been an integral part of the Teessiders' promotion push.

The Sunderland-born player was named captain for in the absence of defender Jonathan Woodgate, his 17th appearance of the season.

"There's many leaders in this team, a group of five or six of could all have the armband," Leadbitter added.

"It's a good place to be at the moment."