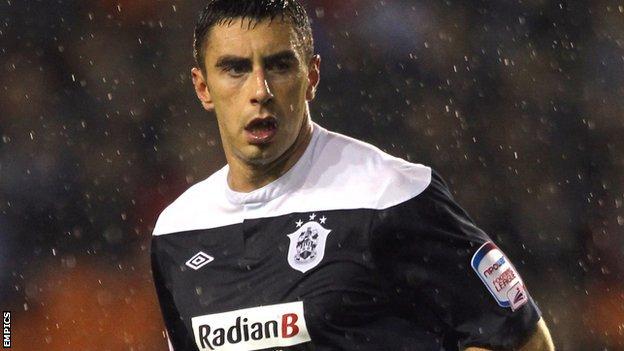 The 24-year-old scored twice, including a last-minute equaliser, to earn Town a point against Blackburn on Tuesday.

"He was struggling from the weekend and he hasn't trained since Saturday," he told BBC Radio Leeds.

"Jermaine Beckford failed a fitness test and James Vaughan wasn't in contention so we had to patch him up and he worked extremely hard."

He added: "He got his rewards for being in the right place at the right time."

Novak had failed to score in his previous six games, a run dating back to the 3-1 win over Blackpool on 24 September.

Grayson was delighted to salvage a point after a contentious penalty looked set to give Rovers a first win under Henning Berg.

"It feels like a victory rather than a draw when you score that late on in a game," he continued.

"Full credit to the players because they kept going and showed a desire to get something out of the game.

"The referee got the penalty decision totally wrong and I thought he was very poor."