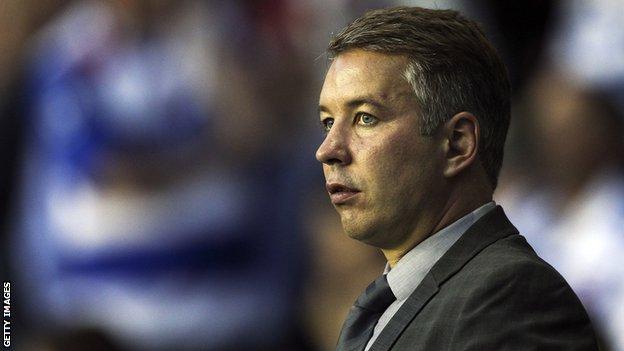 Peterborough United boss Darren Ferguson has bemoaned his side's three-year wait for a goalless draw after Tuesday's 1-0 loss to Brighton.

ensured Posh have not been involved in a 0-0 stalemate since 8 December 2009 - a Championship game at Ipswich Town.

Peterborough's run without a goalless draw stretches back 150 games to a 0-0 stalemate against Ipswich on 8 December 2009.

Since then they have recorded 24 score draws.

"For whatever reason we can't get a 0-0. It's too many [games since the last one]. We have to pick them up again," Ferguson told BBC Radio Cambridgeshire.

"I've told them we don't have time to feel sorry for ourselves. We've got another big game on Saturday and we have to be ready for it."

Posh, who have not played out any type of draw all season, are 22nd in the Championship, three points adrift of safety.

But Ferguson was able to take positives from the defeat at the Amex Stadium, particularly the performance of 19-year-old midfielder Joe Newell, who was asked to play out of position.

"He is going to be a top player, that lad. There's no doubt in my mind. I don't think he knows it himself," said Ferguson.

"He's played wing-back which clearly is not his best position. But he's got pace. He's really filled out. He's going to be one of the best players I've had. The boy's a player."

Posh will assess the fitness of midfielder Grant McCann before Saturday's visit of leaders Crystal Palace.

The Northern Irishman came off after 62 minutes with a groin injury.