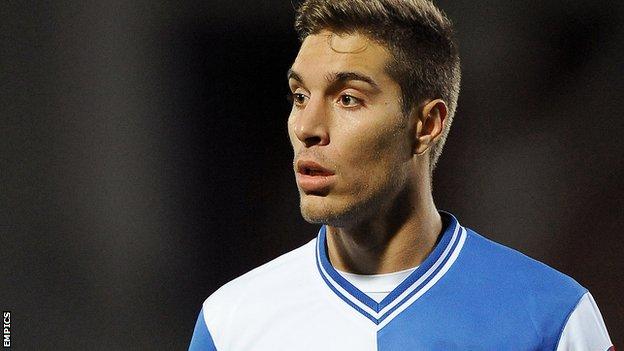 Henning Berg says the form of Ruben Rochina has been a positive for him in his first week as Blackburn manager.

The former Barcelona striker, 21, set up Jordan Rhodes for a goal against his former club Huddersfield on Tuesday.

And Berg told BBC Radio Lancashire that he is keen for Rochina to have a more important role in the side.

"His ball to Jordan was fantastic, his positional play was very good and he's a great player," said the 43-year-old Norwegian after the

"I really look forward to working even more with him in the future.

"We have to find the right balance in the team and make sure we have the right players around him to complement his qualities, so we can get the best out of him and the other players."

Rochina, signed by Steve Kean in January 2011, has played 36 times for Rovers but has only made 13 league starts since moving to England.

Berg, who was appointed as Kean's successor on 31 October, picked up his first point as Blackburn boss against the Terriers.

He will take charge of a home game for the first time on Saturday when Birmingham visit Ewood Park.