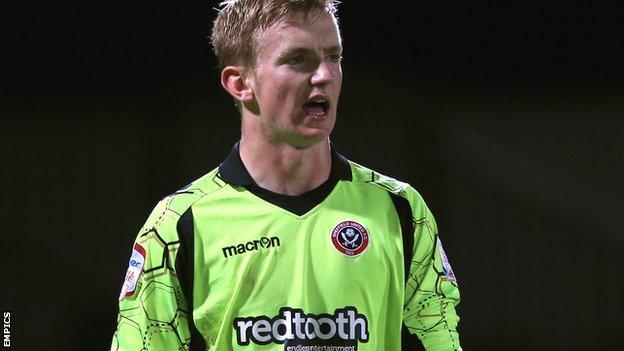 The England Under-18 international has kept five clean sheets in eight matches since coming into the Blades first team in the place of injured first choice Mark Howard.

"He's growing with every game and that's important to us. Every game he plays is a bonus to him and the team," Wilson told BBC Radio Sheffield.

"We're seeing a man out there and he's becoming a very, very good goalkeeper."

Long has been beaten just once in six league games for the Blades this season.

His clean sheets have contributed to the Bramall Lane side conceding just 10 goals in the league so far, leaving them with the joint meanest defence in the Football League, alongside League Two leaders Gillingham.

"The whole team are very confident and they are happy having George behind them," Wilson added.

"They have a trust and a belief in one another and they are all putting their bodies on the line back there. It's a real team effort."